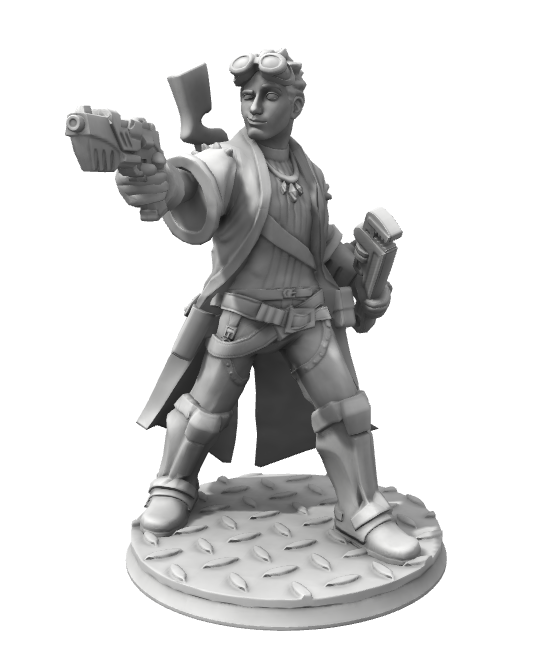 With a wiry frame and slight stoop, Jonas makes up in awkward agility what he lacks in physical grace, but often gives the impression of having more than his fair share of elbows. A constant nervous energy animates the slightly asymmetric features of his face, which are framed by a shock of brown hair.

100 words
Jonas_Fischer’s humble upbringing on Cadiz gave him a taste for brawling and a drive to better himself, but his incisive intellect led him to The_Supreme_Order_Of_Engineers. A wilful and tactless mathematical prodigy with an awkward agility and a gift for confounding logic, he earned the grudging respect of several prominent Masters, granting him resources beyond his rank, including a TL6_Toolkit and Alembic_Blaster_Pistol, but also made him enemies. Obsessed with cybernetics, he helped design his Sledgehammer_Southpaw, Steady_Right_Hand and Girdle_Of_Giant_Strength, but has unpaid debts as a result. His modest psychic abilities were recognised by the secretive Guild_Coven, who guide him on the FarHand_Path.

Jonas grew up in Elibyrge, capital city of Cadiz, where his poor upbringing in the vast city’s sprawling suburbs gave him a taste for brawling and a near-pathological determination to claw his way up in the world. This drive to better himself and his incisive intellect led him to the Supreme Order of Engineers, where he was quickly recognised as a mathematical prodigy with a gift for confounding logic, but frequently censured for his willfulness and complete absence of tact.

In spite of this dubious reputation, Jonas has progressed to the rank of Apprentice in the Guild and earned the grudging respect of several prominent Masters. While this has allowed him to acquire knowledge, skills and technology – including advanced cybernetics and an SOE Alembic Blaster Pistol – that are normally not available to Guild members of his rank, it has also made him some enemies.

Heavily in debt to the Reeves as a result of his expensive taste in cybernetics, he habitually wears clunky gauntlets and a bulky tool belt to disguise his enhancements. These are localised variations on the Lithe Wire technology that he helped to design. His left arm is augmented with violence in mind, but his right is more delicately wired, giving him unwavering fine motor control. His ‘girdle’ actually extends all the way up his back, allowing him to lift heavy objects (like engines) with ease; it can also be abused to perform more superhuman feats, but this is not without cost to the user’s health…

A relatively recent discovery were his modest psychic abilities, which were luckily recognised soon after they first began to manifest by a secretive coven operating within the Guild. Through their timely intervention and patient mentoring, Jonas has taken the first step on the FarHand path. 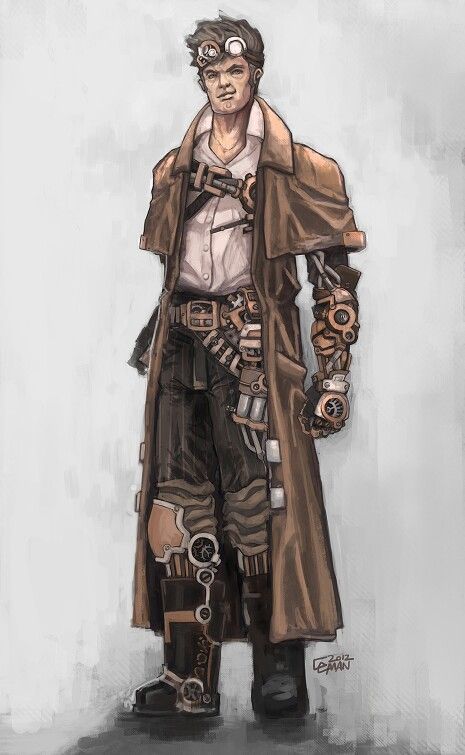